First, it was a rumor that Leica M10 camera will be forthcoming sometime before the announcement.  This all-new rangefinder camera would follow in its long line up of M type cameras, taunted as the best camera Leica Camera had ever made. 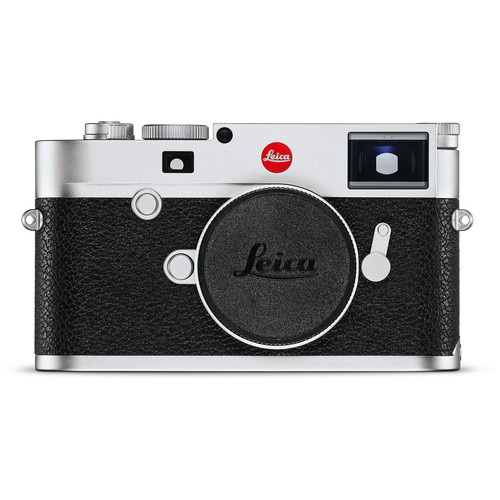 When I wrote to Leica camera requesting information of this new camera their response was a dry and dull corporate correspondence email saying that they had no “information” available about a new product. If and when I see an announcement by Leica Camera about a new product, then I could write to them. Of course, Leica Camera was not sitting idle waiting for reviews to be published when the camera became available. They had long distributed copies of the-the new Leica M10 camera to their “trusted reviewers.” 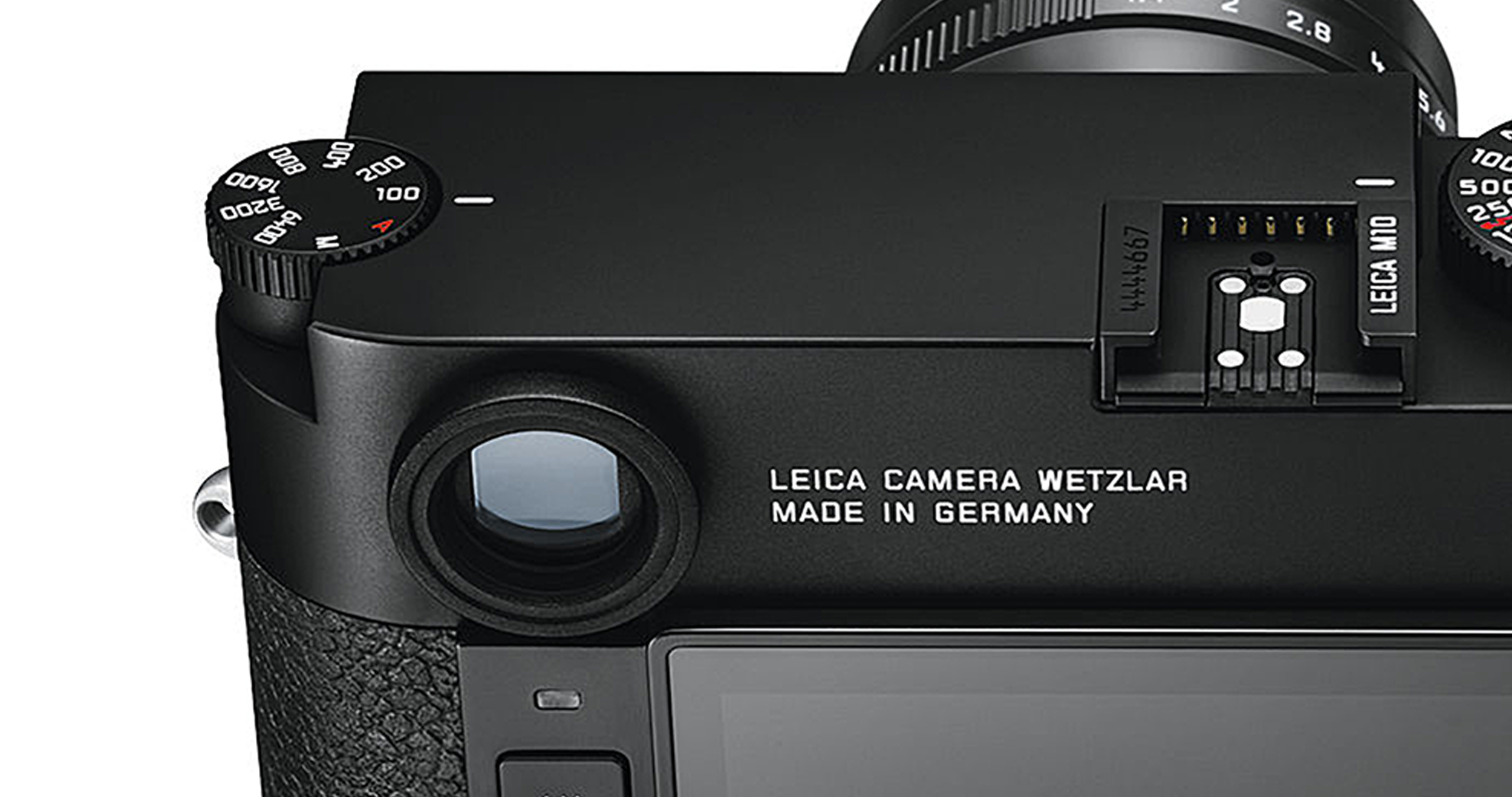 The Launch of Leica M10 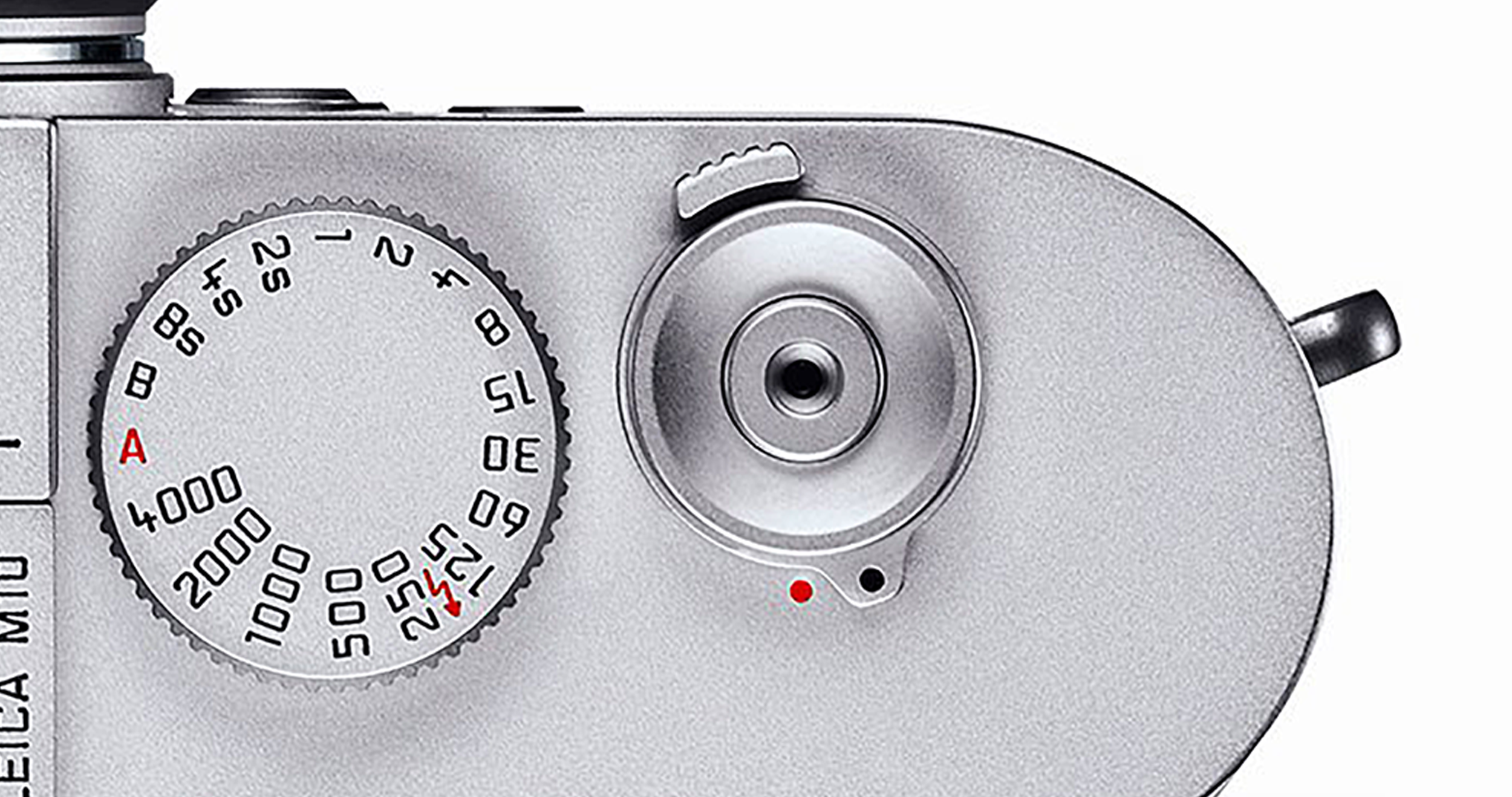 Claims were strong, backed by field tests, hands-on reviews, sample photos. One reviewer actually posted a review video with a smirk saying, “I just had a meeting with the Leica executives…” One reviewer claimed that the new camera had over two stops of improvement over the previous version, Leica M240 camera.

I took all this with a grain of salt, knowing that only a few reviewers could be trusted to tell the actual truth about Leica M10 camera or any other camera. I did eventually get my hands on the new Leica M10 camera and took a closer look. 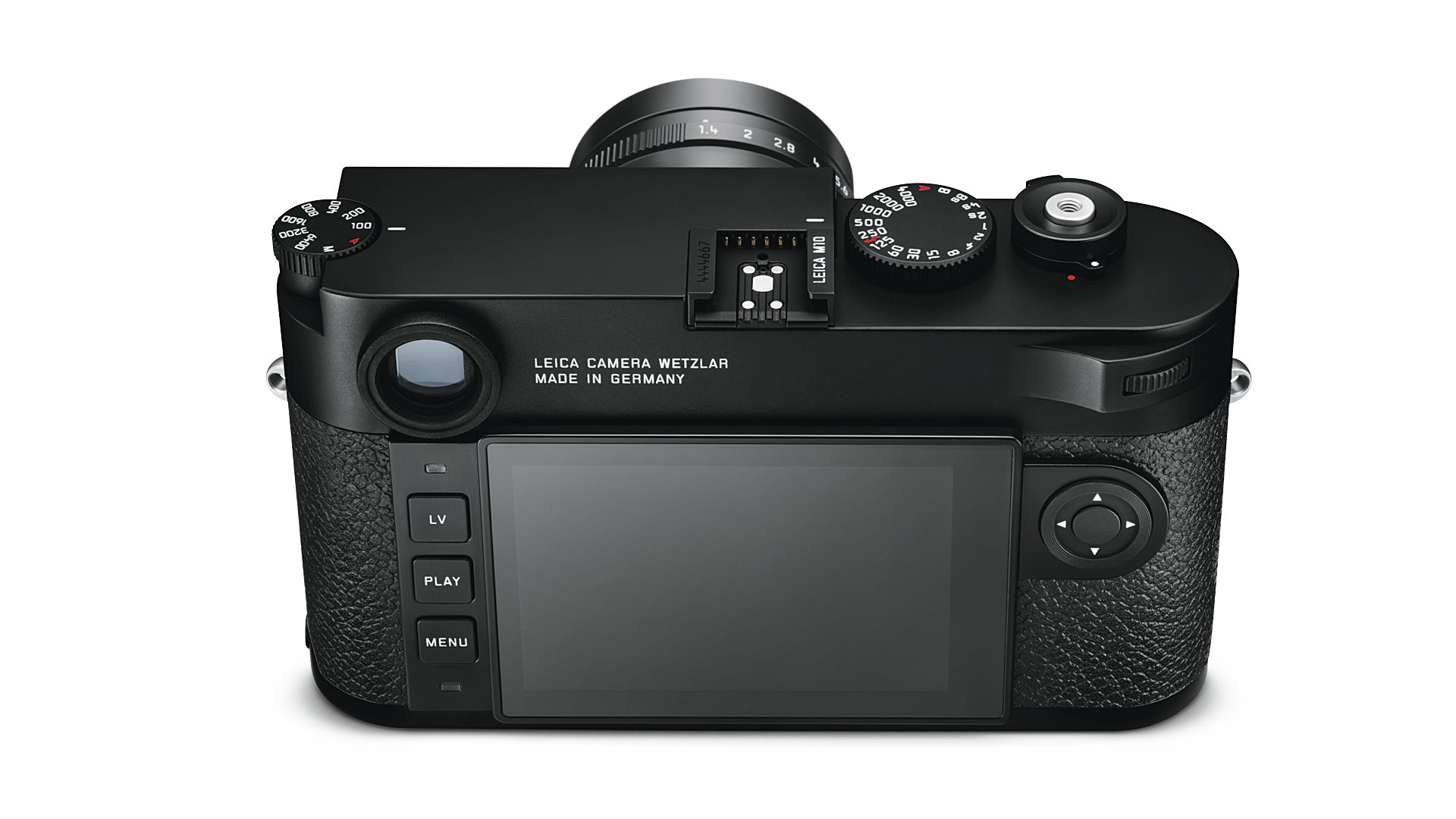 Leica M10 camera looks much like the older version Leica M240 camera with its classic lines was a testament to a timeless design but with a few modifications. In essence, Leica rangefinder camera design has been continued for decades with improvements with each successive model. Whether you own a Leica M8, M9, M240 or an older version, the all familiar classic body design your camera can be traced back to the earliest Leica cameras. 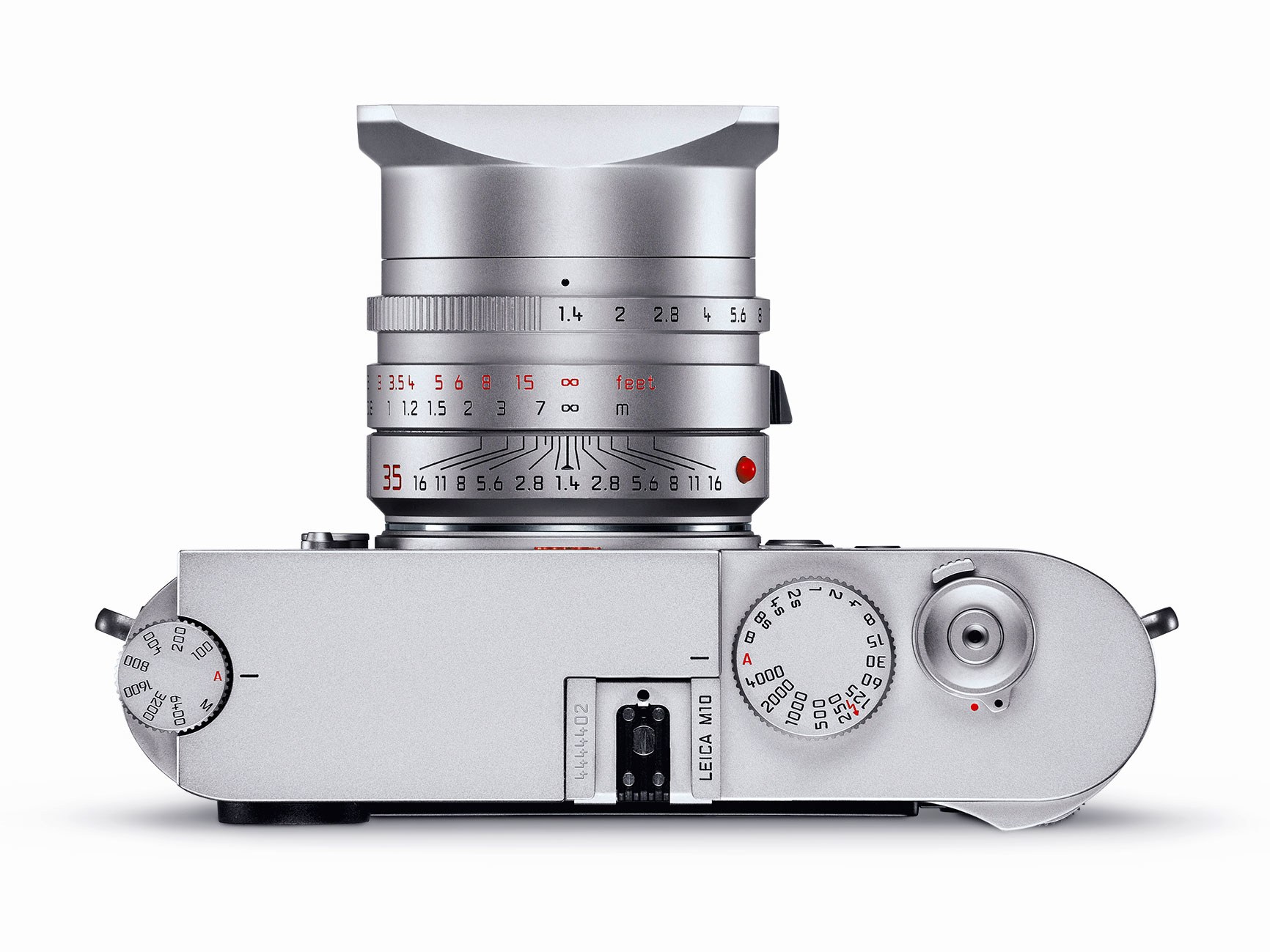 In keeping with the tradition of Leica M cameras, the new Leica M10 camera bears a strong resemblance to the previous versions with a new ISO dial and fewer buttons. The new rangefinder camera is slimmer but not smaller in size than the earlier version (Leica M240 digital camera). 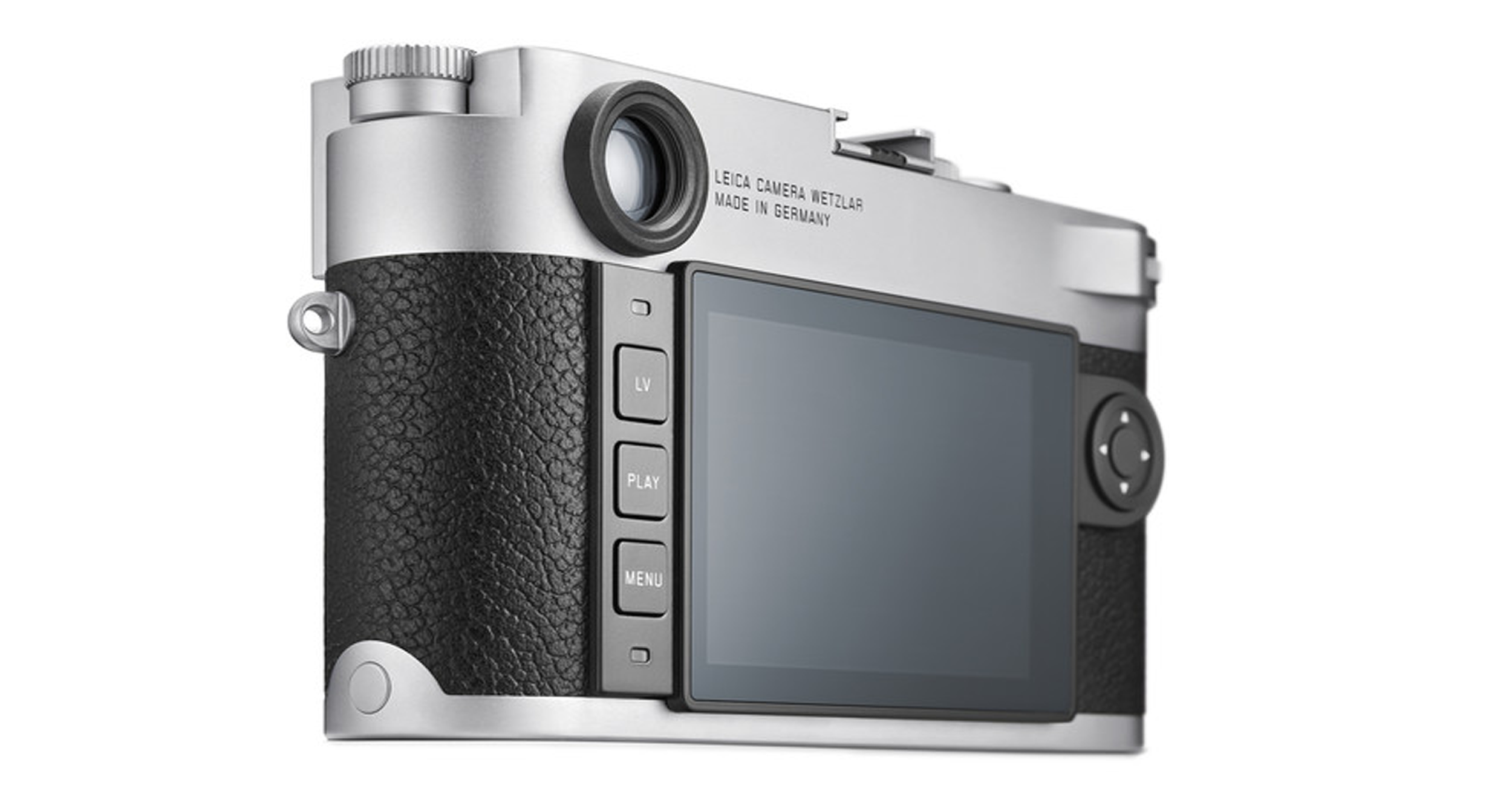 Leica M rangefinders cameras had a tradition of being named in succession, M6, M7, M8, M9. When Leica M240 camera was announced, it was a deviation from this protocol. 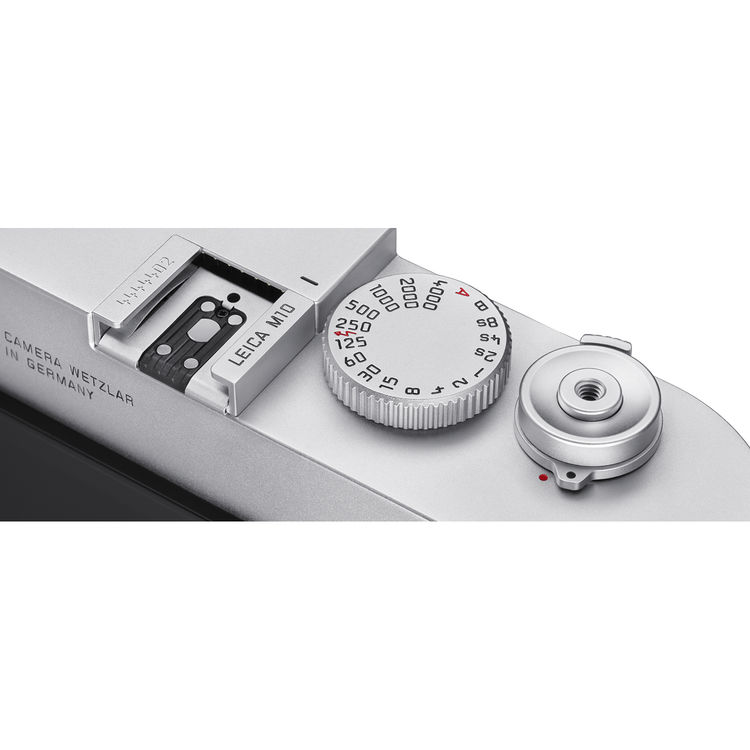 “Would we see the new Leica M camera as Leica M10 camera?” was the question on most Leica enthusiasts’minds. Once the new rangefinder camera was announced, it was a return to the tradition that Leica camera had carried on for decades. 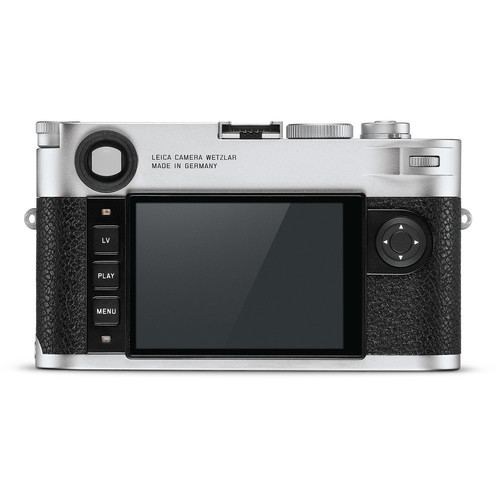 Returning to tradition did for some reason meant omitting many of the features and ease of use that came with building rangefinder cameras year after year. Some have called this “return to the roots” whatever that means and making the new Leica M10 camera, a photography camera only. This was a delight to the jaundiced Leica fans who thought as Leica cameras’ competitors as foolish to offer more functionality, ease of use, video capabilities and more. 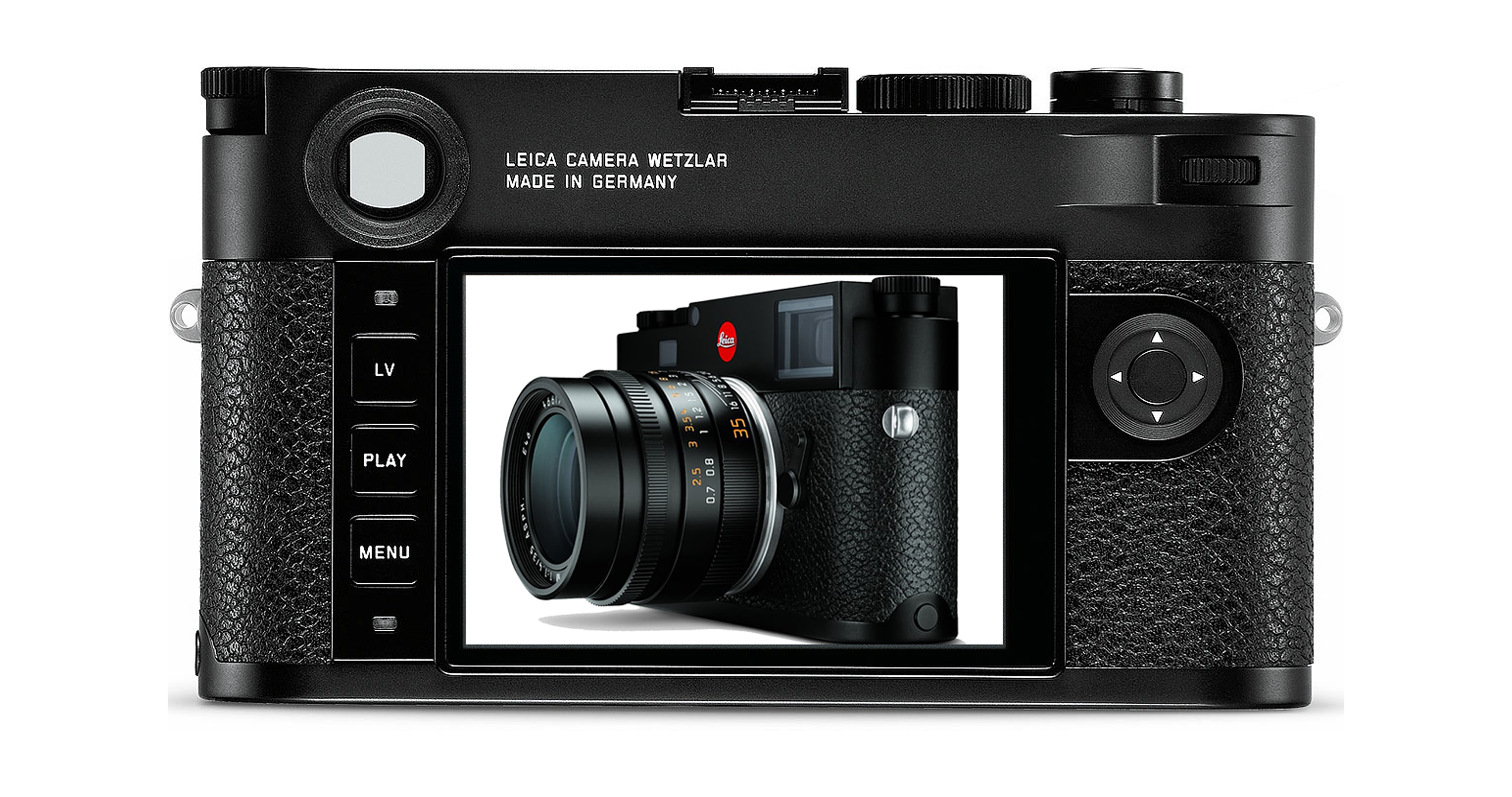 In keeping with technological advancements, almost all cameras from professional DSLR cameras to point and shoot cameras have incorporated  4K video capabilities to their design. For some compact cameras have even gone further by offering 4K video recording coupled with ultra-high rate HD video capture that allows a five or even ten times slow motion playback. 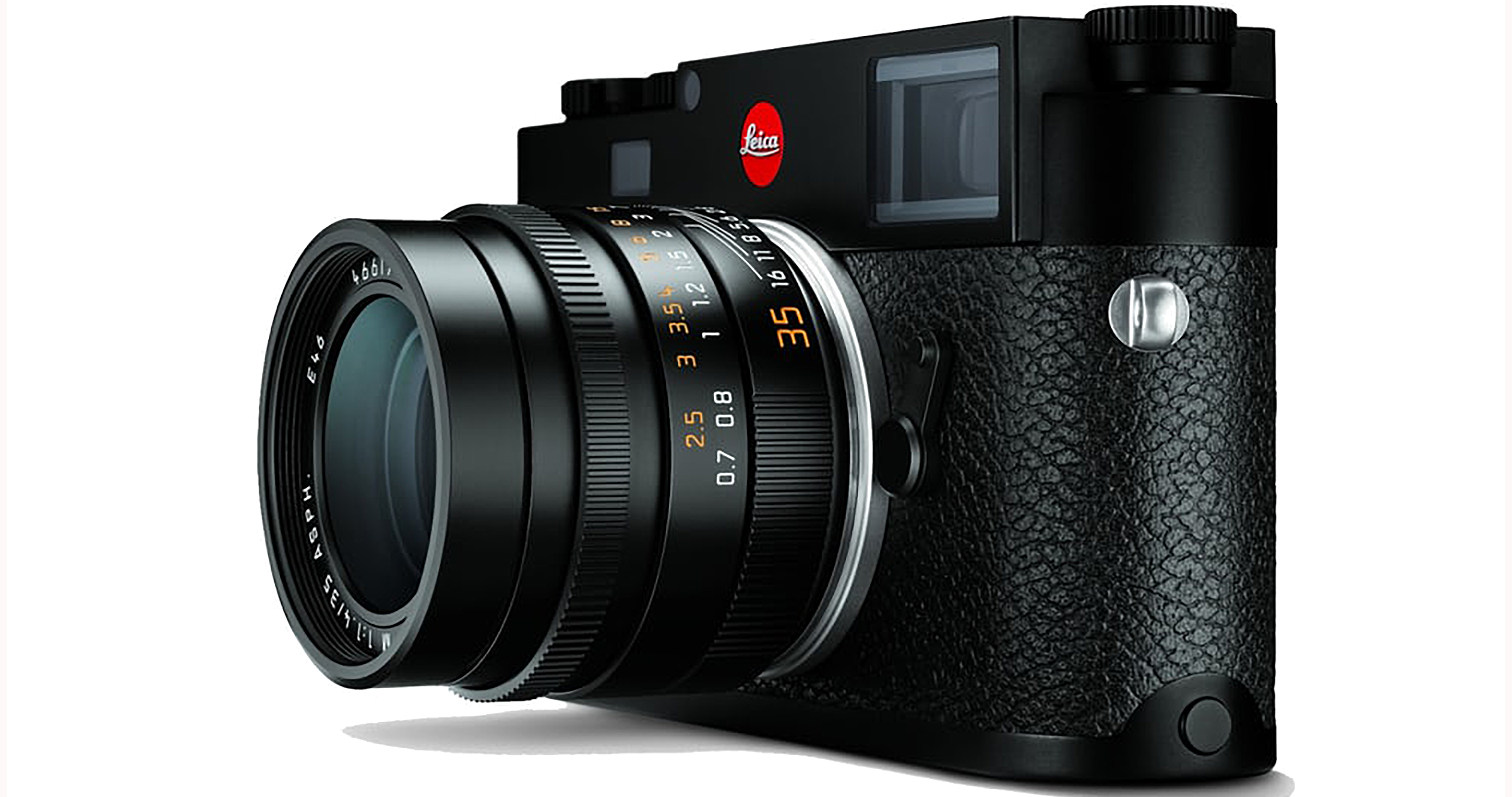 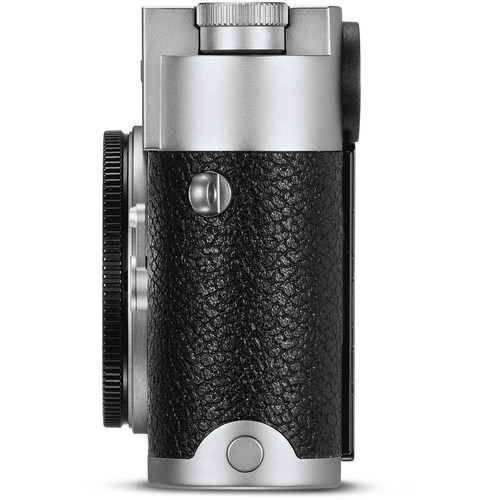 All current production Leica digital cameras up until the arrival Leica M10 camera offered some form of video recording option, not Leica M10 camera; it takes the user back to the days when such technology was not available.

Leica M cameras have been all about photography some may argue, but the consumers have been demanding more and expecting the newer cameras to be technologically advanced. Video capabilities are no different. If you are traveling you may want to capture a beautiful sunset on video; you may want to film the beautiful architecture. Leica M10 camera could have easily captured some stunning video from which images could be extracted for photography. But Leica camera decided that it was not the way to go. 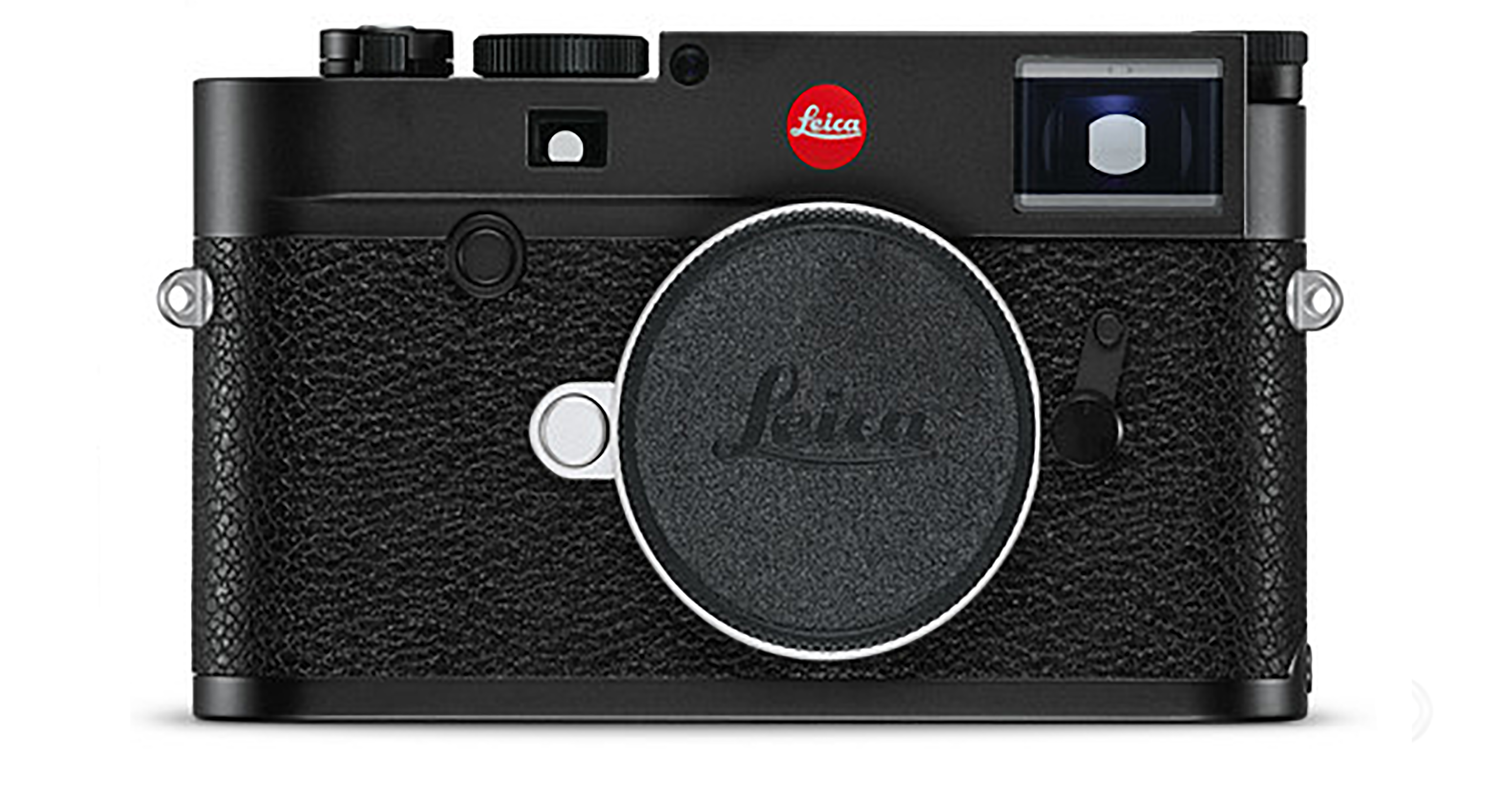 I think what Leica camera executives had in mind was the idea that offering less could be the distillation of photographing experience to its bare essentials. The truth is the art of photography expands more so today than ever with the introduction of digital cameras, softwares that allow images to be manipulated, cameras that can capture high frame rates to ensure clear, sharp images. What Leica Camera has done is shun these advancements, instead of giving more tools for photographers to better express their ideas and visions, they merely offered a slow buffer, no video, no ability to switch between single to continuous shooting mode with an only flick of a dial. To Leica camera offering a new rangefinder camera meant going back to the days of film cameras without the film. If it were for Leica camera executive, they would even omit the LCD screen on the back which they did for their much hailed Leica M60 camera. 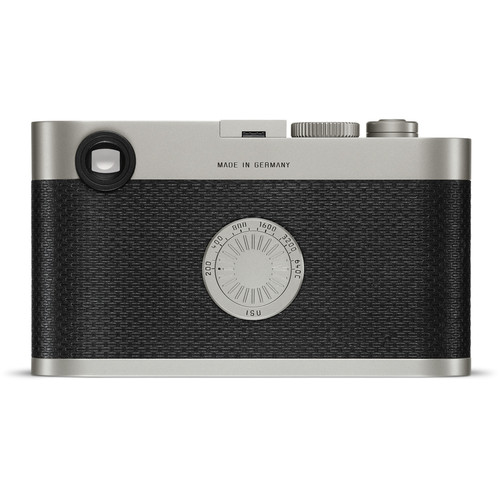 Leica M10 camera should cost much less since there are fewer components in it. The omission of video capabilities, fewer dials, even the deletion of the microphone which once came as part of Leica M240 camera is now what makes up the new Leica rangefinder camera. Ideally, it should cost less but it does not and it will not ever because the logic dictates that if something costs more, it must be better or so is the belief of most consumers. 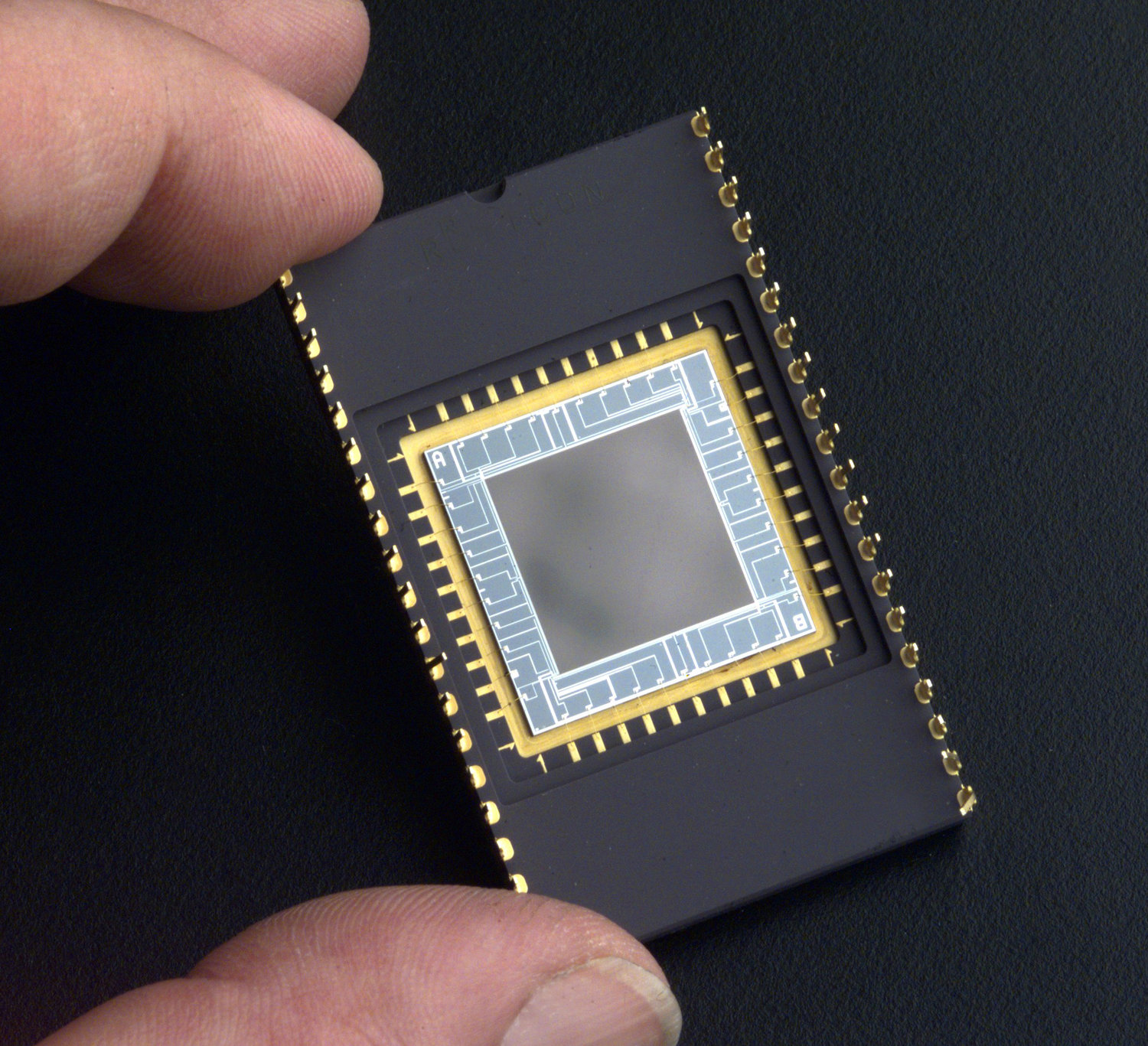 When the previous version Leica M digital cameras were introduced, LCD panels on the back of the rangefinder camera was an integral part of the design which meant that dedicated ISO dial previously found on the older Leica rangefinder film cameras had to be moved. 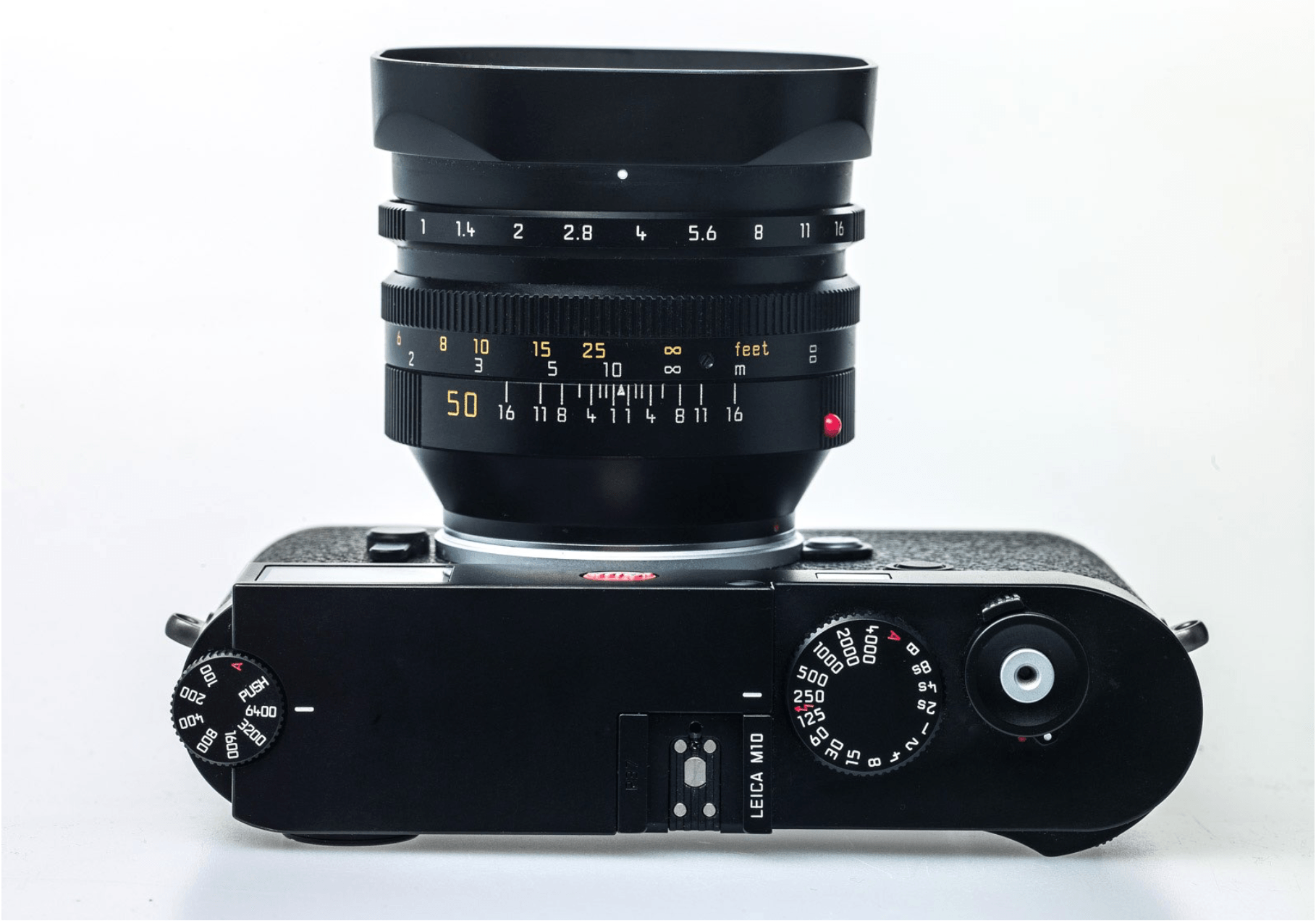 Modern Leica digital rangefinder cameras replaced the ISO dial with a button on the back of the camera requiring navigating the menu to set the ISO. This may have slowed the process of capturing images but afforded a new way of using a rangefinder camera. 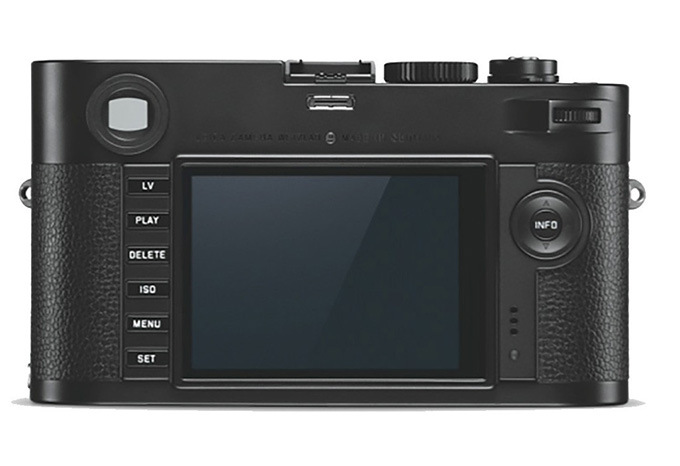 Leica M10 camera comes with a dedicated ISO dial on top of the camera which will once again be making direct access to the settings by lifting and turning the dial. This may be a more natural way to change the ISO values, but the top dial only goes to 6400 ISO which means that ISO settings above 6400 ISO must still be dialed in through the on-screen menu in the back of the camera.

Overall, I welcome the idea of having direct access to the ISO settings via a turn knob, in a way it further streamlines the design of the new rangefinder camera. 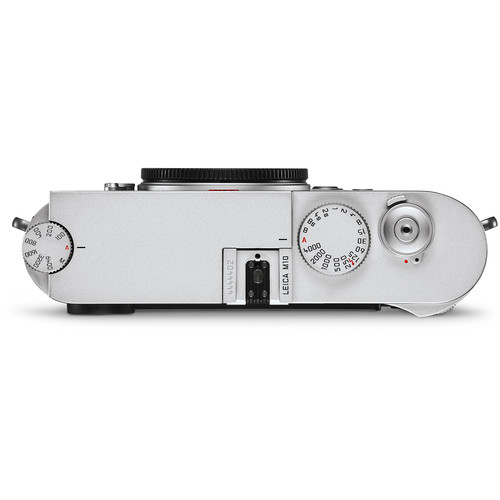 Leica Q and Leica SL cameras have maximum 50,000 ISO; the new  Leica M10 camera will also feature higher ISO numbers at 50,000 ISO. This would mean that the new Leica rangefinder will be able to capture images even in the most challenging lighting situations given that they do not mind applying noise reduction once the images are transferred to their computers. 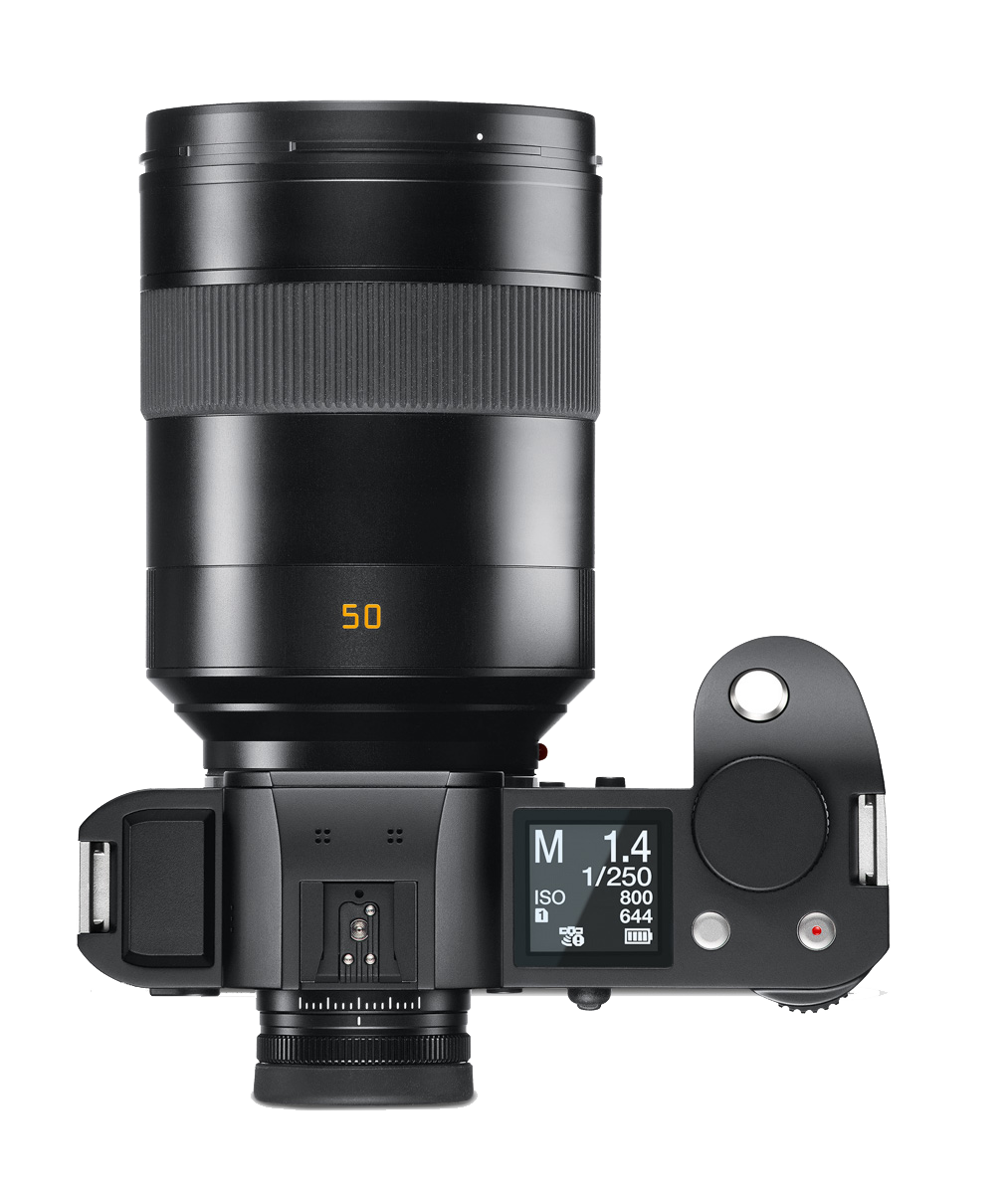 As in the previous version Leica rangefinder camera, Leica M10 camera has considerable noise above 3200 ISO which requires some form of manipulation to remove the digital noise that is prevalent in images captured in low light circumstances. 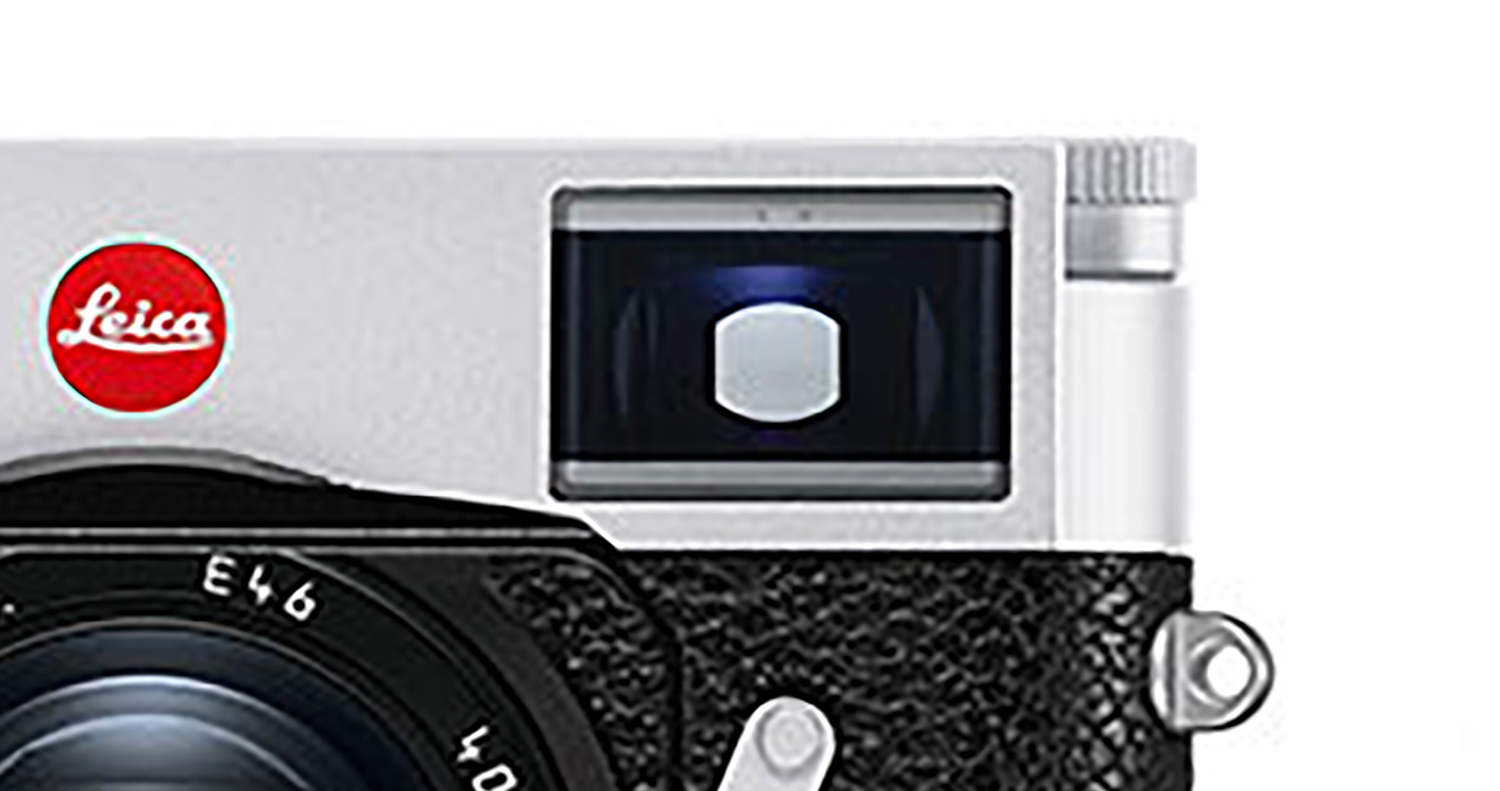 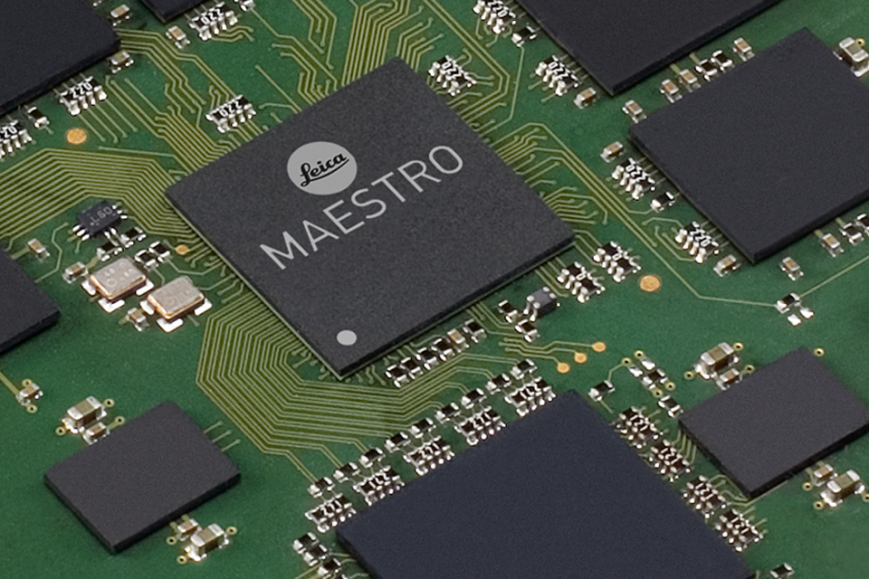 Leica M10 camera with its Maestro II image processor can capture up to 5 fps. It will require continuous mode to be selected from the LCD screen menu to be activated. If the single mode is to be re-engaged, then the same menu navigation must be followed to reselect the mode.

In the previous Leica rangefinder camera, Leica M240 offered the ability to select the continuous mode or single mode via a simple flick of a dial found beneath the shutter button. 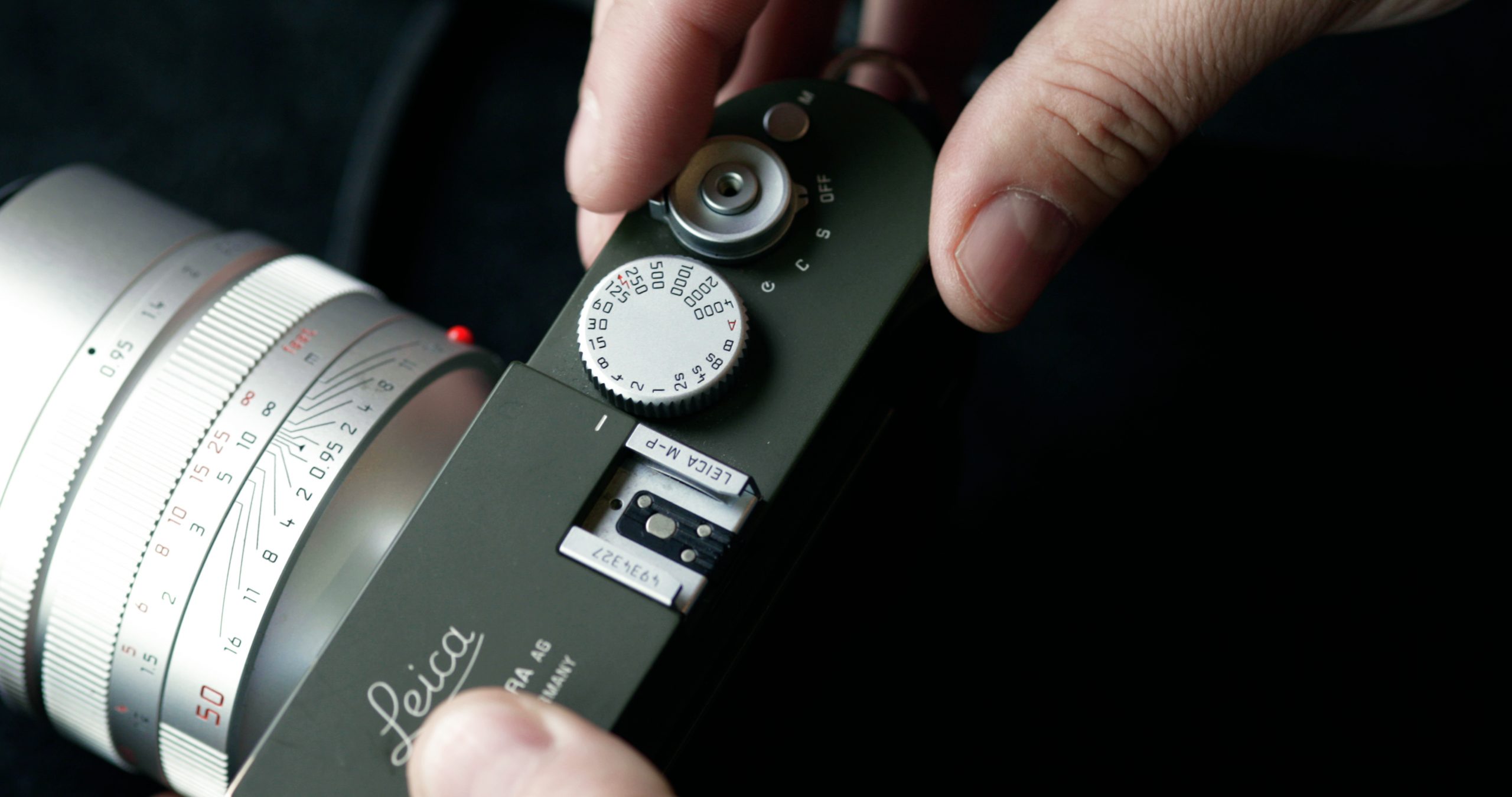 Leica M240 camera had six buttons on the back side of the camera plus a thumb dial and navigational cursor. The new Leica M10 camera will feature only three large buttons on the left side of the LCD screen with dedicated to playback, live view, and menu bringing everything to bare essentials in camera design.

By removing the video function, video record button on the Leica M10 camera will be omitted. 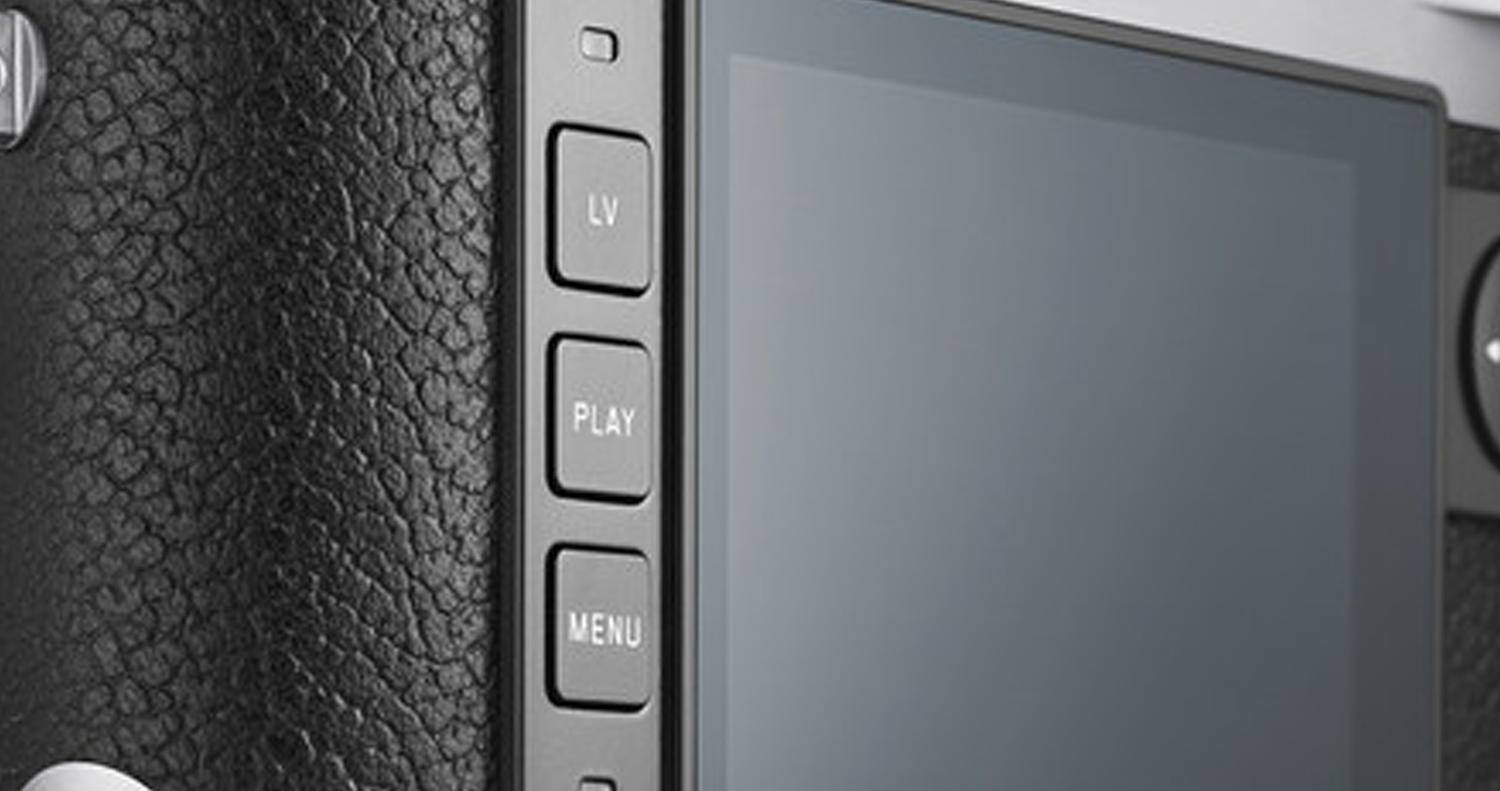 Fewer buttons, minus video capabilities would mean that the new Leica M10 camera will have a more simplified menu. A minimalistic approach to the experience of photography using a rangefinder camera has resulted in a camera with only in the bare essential functions being kept in the new menu design. 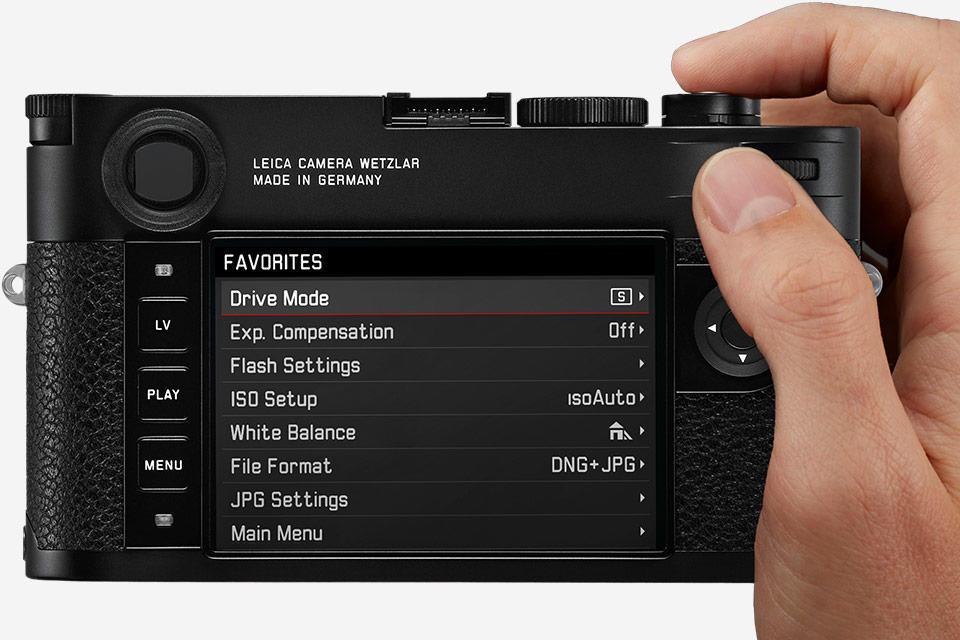 The omission of buttons from the back of the Leica M10 camera has allowed Leica camera engineers to enlarge the LCD screen (3.0″ 1.04m-Dot LCD with Gorilla Glass) for the new rangefinder camera. 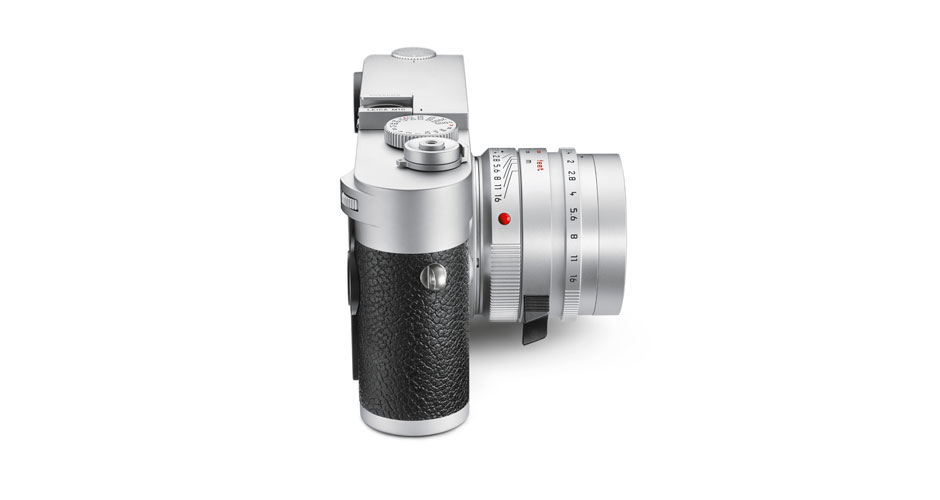 Keeping What is Good

Leica M10 camera features 24MP image sensor as found in the earlier Leica M240 digital camera. It is argued that 24MP CMOS sensor is the ideal number of pixels for capturing high-quality photographs in low light as well as daytime. Sony a7R ii (42MP) and Nikon D850 camera offer over 45MP images without any loss in performance while delivering sharp images. The debate will continue as to the ideal pixel density on a full frame sensor. 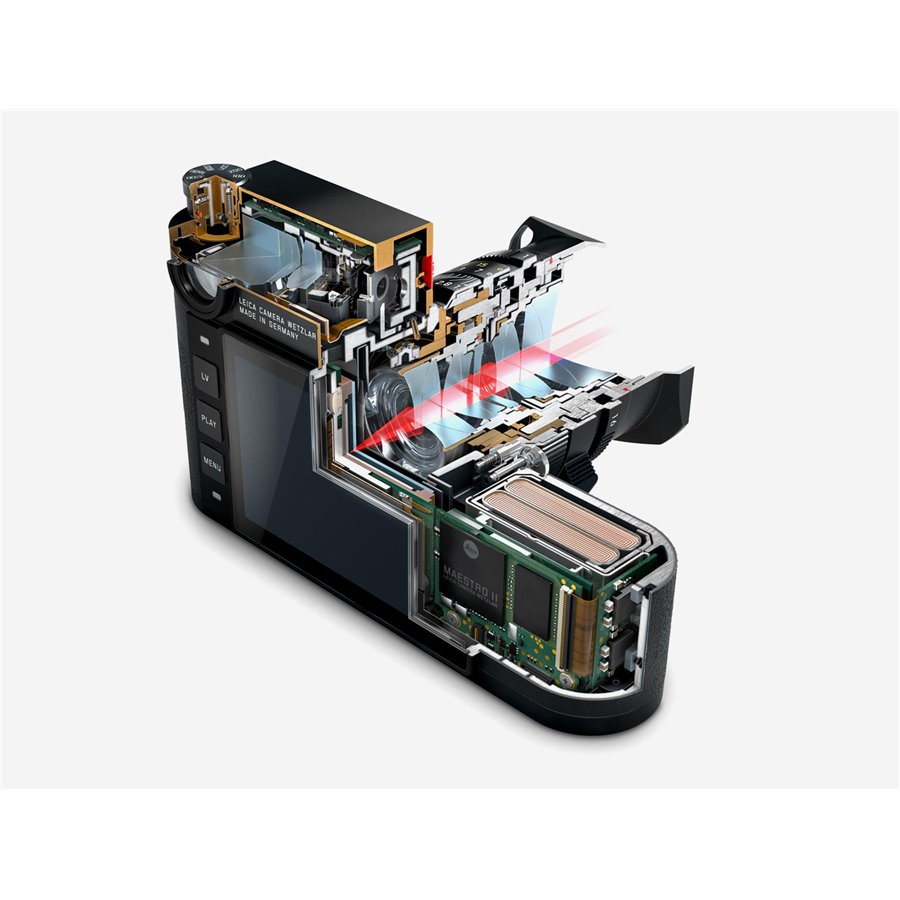 The dial for shutter speed and shutter button will remain as before since these make up the classic functionality of Leica rangefinder cameras. Among the difference is the slimmer design which although can be considered very similar in a dimension of the previous model somehow helps to differentiate between the two cameras.

Leica M10 camera will feature LED frame lines in the viewfinder window, and this will again mark a return to classic rangefinder design of the past Leica M cameras but with technological improvements. 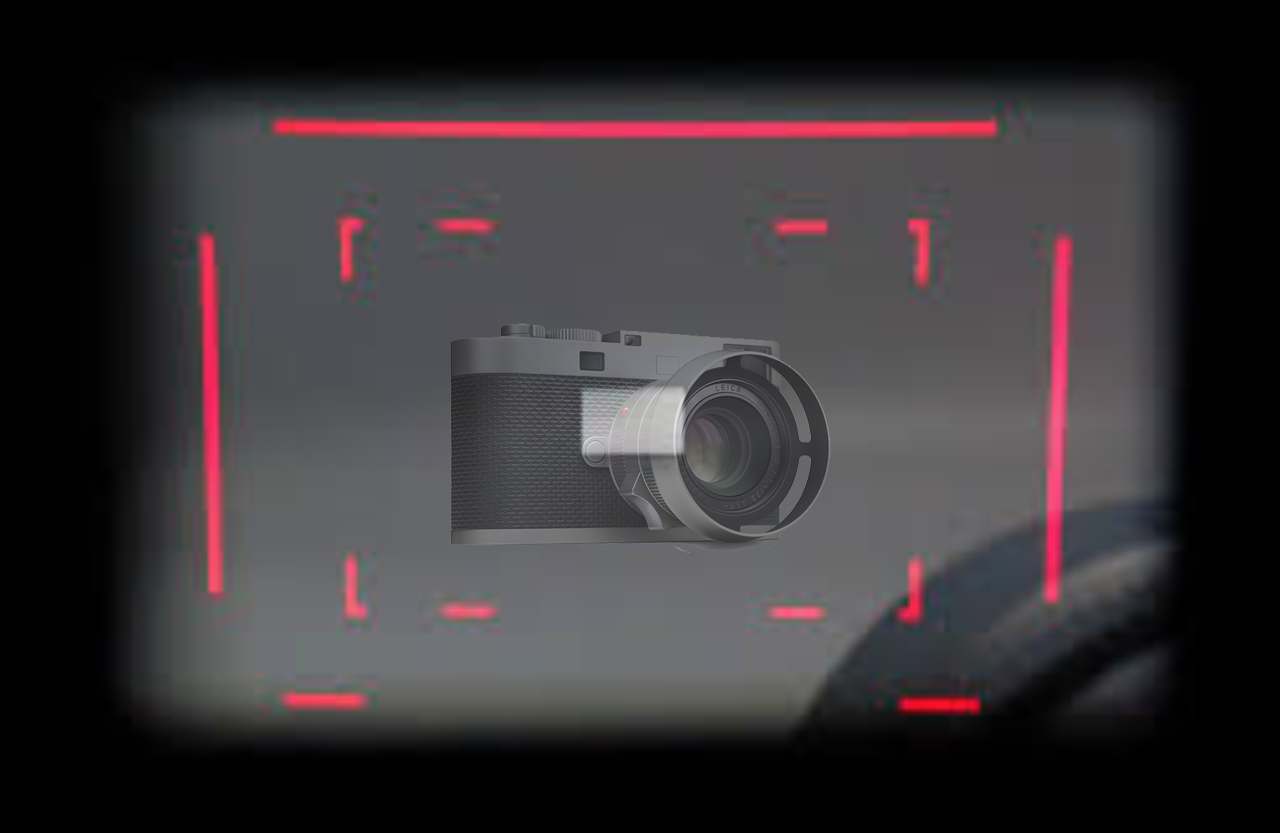 Digital age dictates that we share information faster and more efficiently with our friends, family and social network. Leica M10 camera will feature Wi-Fi connectivity to share your images. 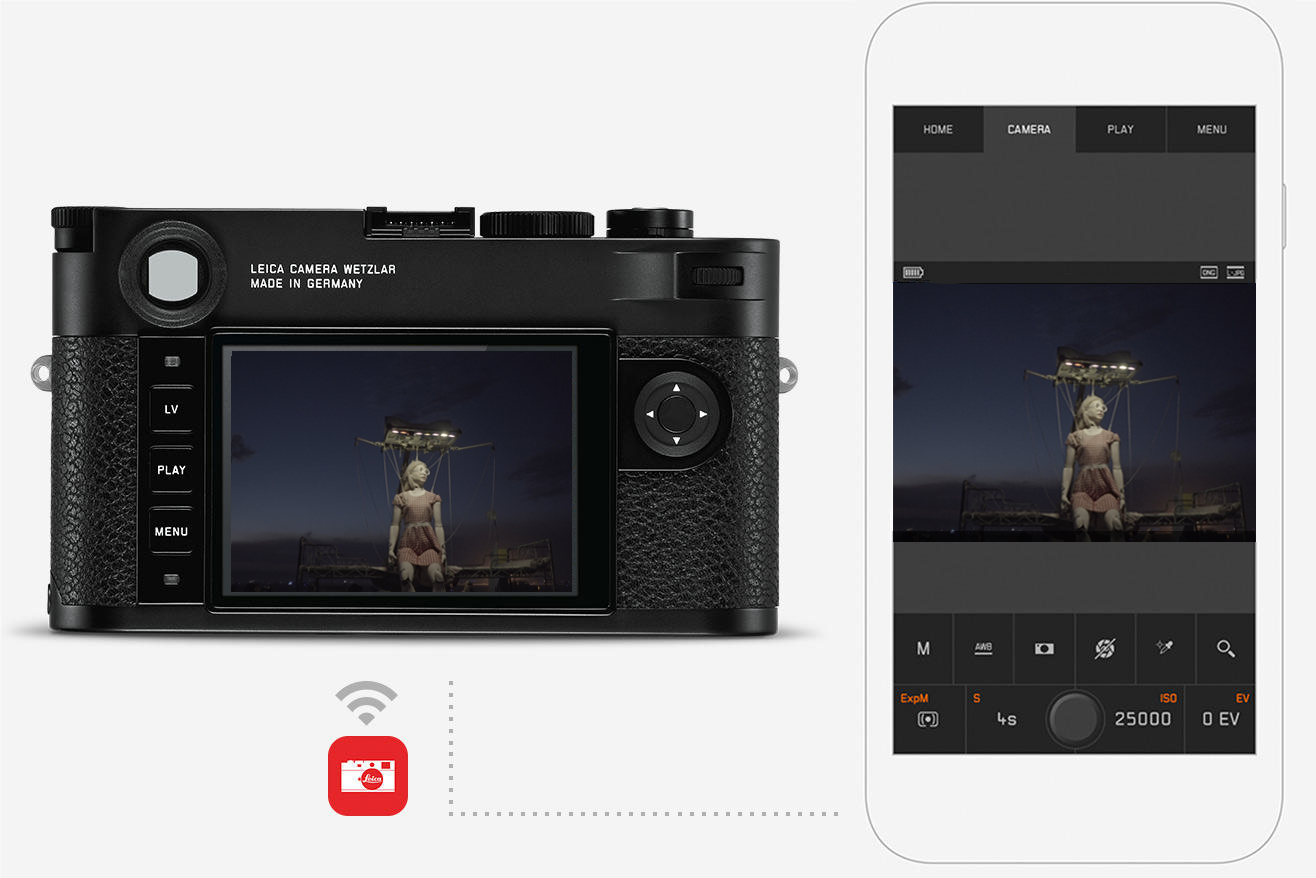 I hope this article has helped in clarifying the key characteristics of the new Leica M10 camera. If you have any questions, please remember to join our Leica Forum (link on the main page), and we will be happy to answer them.

WE APPRECIATE YOUR DONATIONS TO KEEP LEICA REVIEW INDEPENDENT.

LIMITED TIME OFFERS ARE ON OUR NEWSLETTER!!